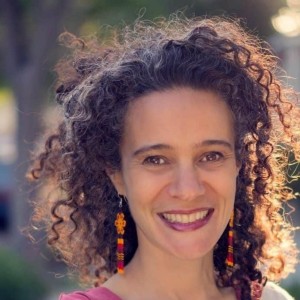 Summer lovin: but before you know it, the heat and days will be drawing to a close, and we get the first hints of turning towards the Fall season. Festivals that mark the end of summer days and the drying of the fields and harvest fruits abound. I’ll write more about that next month, but for now, save the date for Manzanita Wellness Clinic’s annual Fall Equinox wellness workshops and medicine making: Sunday Sept 22, 2pm

The Hebrew name for this month is Av, “father” or “ancestor” as it is in this month that we seek the comfort of our ancestors and pray for the healing of our ancestors as many calamities befell them during the month of Av. The destruction of the first and second temples, roughly 2,600 years ago and 1,950 years ago, the genocides and mass exiles, the inquisitions, mass forced conversions, the pogroms and holocaust, the list is too large and tragic, but must be faced and felt in order to  bring wholeness to our broken-heartedness again.

In honor and rememberance of these epic temple times, each of which stood for roughly 500 years each and informed Jewish customs and life, I will elaborate on the sacred incense blend and the sacred herb for this month, Myrrh and it’s healing properties.

The incense offering (Hebrew: קְטֹרֶת‎ qetoret) in Judaism was related to perfumed offerings on the altar of incense in the time of the Tabernacle and the First and Second Temple period, and was an important component of priestly liturgy in the Temple in Jerusalem.[1] The offering of the ketoret was the most sacred of the services in the Holy Temple. The ketoret was a special blend of eleven herbs and balms whose precise ingredients and manner of preparation were given to Moses. Twice a day, ketoret was burned on the golden altar that stood in the Temple.

Myrrh contrasts its opposite, like darkness contrasts light and vice-versa. Whatever sweetness in flavor and in fragrance that may lie deep within the other herbs of the sacred incense blend, is brought forward, made loud, made to shout, made more vivid, more dramatic, more present, by the ingredient of Myrrh. It is a good herb to use, especially its smoke or its oils, when one is having trouble coming out of a dark place, a depressed state, a place of hopelessness in which one is struggling to discover any semblance of sweetness, of hope, of joy. In traditional Chinese medicine, myrrh is classified as bitter and spicy, with a neutral temperature. It is said to have special efficacy on the heart, liver, and spleen meridians as well as “blood-moving” powers to purge stagnant blood from the uterus. It is therefore recommended for rheumatic, arthritic, and circulatory problems, and for amenorrhea, dysmenorrhea, menopause, and uterine tumours. It is combined with such herbs as notoginseng, safflower petals, angelica sinens cinnamon, and salvia miltiorrhiza, usually in alcohol, and used both internally and externally. A related species, called guggul in Ayurvedic medicine, is considered one of the best substances for the treatment of circulatory problems, nervous system disorders, and rheumatic complaints. Myrrh is used as an antiseptic in mouthwashes, gargles, and toothpastes. It is used in some liniments and healing salves that may be applied to abrasions and other minor skin ailments. Myrrh has been used as an analgesic for toothaches and can be used in liniment for bruises, aches, and sprains.

Which means Monthly Chai or Monthly Life, depending on how you pronounce “chai.” To me chai tea is a marvelous and medicinal elixir to warm the heart and body and bring joy through healthy tastes! L’Chaim! I hope you enjoy these tasty 20-30 minute samplings of a mixture of herbal medicine, Jewish lore, and meditation/ritual practices. More info about our group can be found here: www.arielasharon.com/chodesh-chai

Email now to book an Abdominal Massage w/ Amanda Nube
Strengthen your immune, reproductive, and digestive systems
More info can be found on my website: www.HealingMama.com

Enter your email address below to get updates on all services and events.